Believe Us, We Understand

Discover the truth about many hair removal myths, common medical problems that can be relieved easily.

How to remove unwanted hair?

Shaving can be done from the comfort of your home and it is probably the cheapest and the most painless way to do so.

Waxing is another way which is more efficient, providing longer-lasting results. Waxing can be done in a salon or in at home on your own or with someone’s help.

Compared to shaving it is more painful, but we will talk about the distinction of those two later on in the text.

In fact, this method is another way to get rid of unwanted hair anywhere on guy’s body.

Just like shaving, it is painless, however, it does cost more because it is done in a professional salon by a certified dermatologist.

You see, the laser light energy penetrates the shaft of the hair and kills the hair root but it does not kill the follicle of the hair. The follicle is the place where the hair growth starts, so basically, another hair is still able to grow in its place, but it is unlikely for a prolonged period of time.

This is why some laser hair removal treatments last up to 6 months and the new hair is fairly thinned, requiring some minimal touch-ups annually or biannually in order to maintain results.

A session of one laser treatment lasts about 30 minutes and depending on the type of the hair, you may need up to 8 treatments.

Note that the method of the laser is best suitable for the reduction of back hair, chest hair, stomach, shoulder or genital area hair. It works best on light skin with dark hair and it isn’t suitable for white or blond hair.

The cost varies from country to country and salon from salon depending on the dermatologist’s expertise, however, it might roughly be around $400 – $500 per treatment.

Is waxing or threading better for you?

Is waxing or threading better for you? Threading is a better option when it comes to eyebrow picking because there are no dangerous chemicals involved which you may find in a salon or store-bought wax.

Threading is a method that uses two cotton threads which wrap around the hairs and remove them effectively in a fluid motion.

If you have sensitive skin, again threading is much better because it does not use any chemicals and it does not leave your hair inflamed, red or dry.

This is because there is a very little contact with the skin.

Another thing why threading is preferred when it comes to eyebrow picking is because this method is much faster than the traditional waxing, and additionally it lasts longer than waxing. People experience hair growth after three to four weeks.

Is it better to shave or wax? 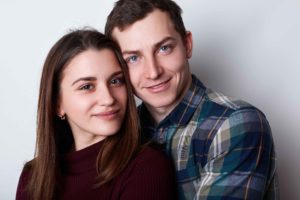 Is it better to shave or wax? It is better to wax.

Waxing is more effective because of its results last longer and you won’t see any hair growing back until 3 or 4 weeks have passed.

Male body shaving gets rid of the hair only for few days and then it grows back. This turns it into a constant chore which can be very unpractical sometimes.

Waxing, on the other hand, is a bit more painful than shaving but people get used to it after the second or third time.

Note that if you’ve never had waxing done on your body, especially waxing male pubic area, you should do it in a professional salon because the area of the affected skin might become infected, so it is important to follow the advice given on aftercare.

If you undergo body waxing frequently, your new hair will be thinned immensely and after a while, in some areas, it won’t grow back anymore.

How long does it take to get back waxed?

How long does it take to get back waxed? Men’s back wax treatment can take anywhere from 15 to 30 minutes depending on the intensity of the hair and the size of the area that is being waxed.

This is the least painful waxing treatment because the skin of the back isn’t as thin as in some other area, so it is likely that you won’t feel a thing.

Is it safe to wax your armpits?

Namely, waxing your armpits may cause bruising and/or minor bleeding and it does include pain more than the rest of the body areas.

This is a sensitive and thin skin area after all.

Additionally, when waxing, you remove a thin layer of the skin underneath which leaves the new layer vulnerable to irritation and infection.

This is why it is important to follow the advice given on aftercare.

Also, people have reported their skin losing elasticity and darkening over time due to repeated waxing.